ONLY HUMAN II – second part of the Documentary Series in cooperation with music4everybody! e.V. & cineMars 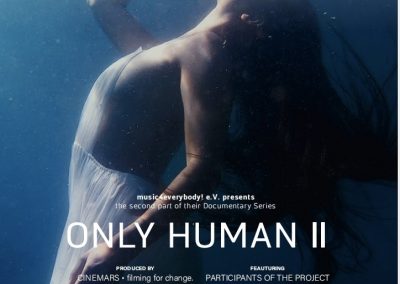 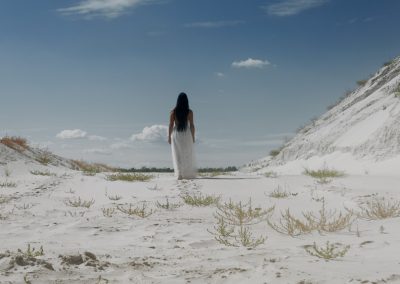 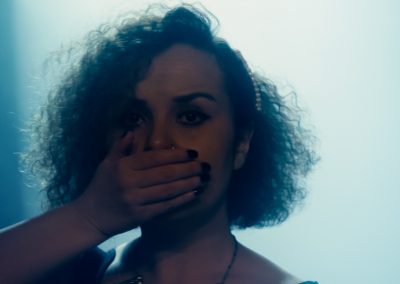 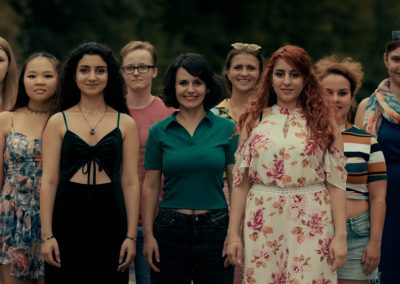 ONLY HUMAN I – first part of the Documentary Series in cooperation with music4everybody! e.V. & cineMars 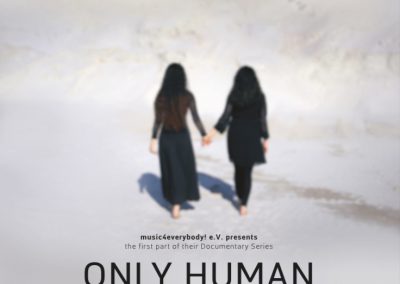 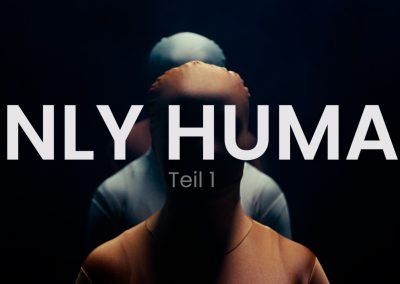 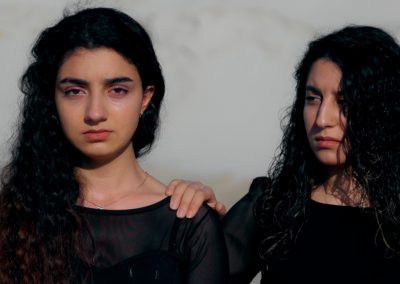 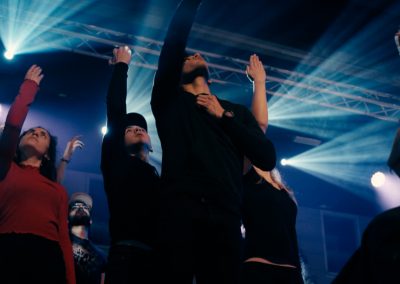 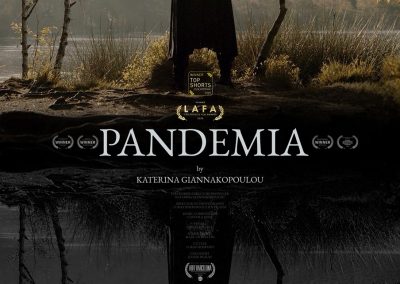 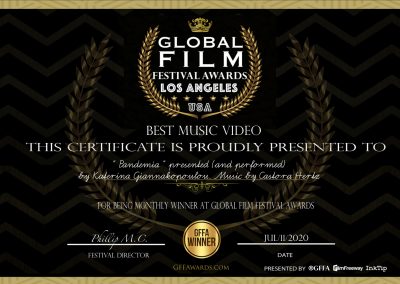 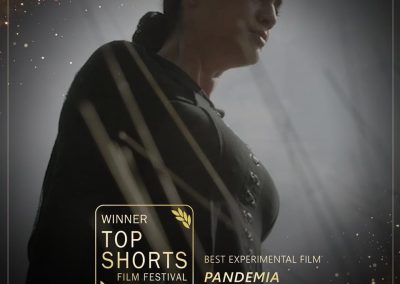 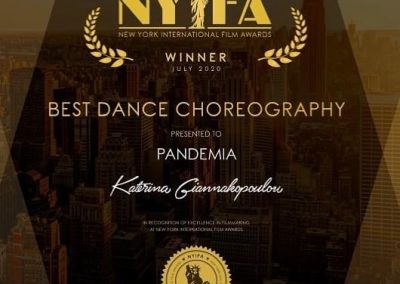 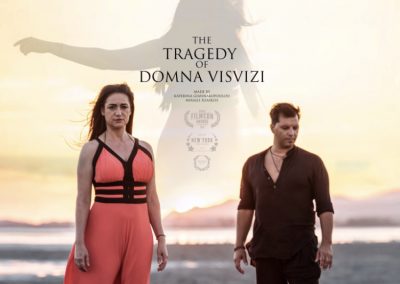 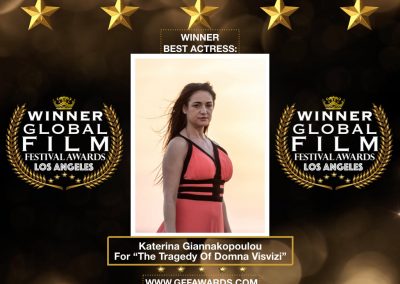 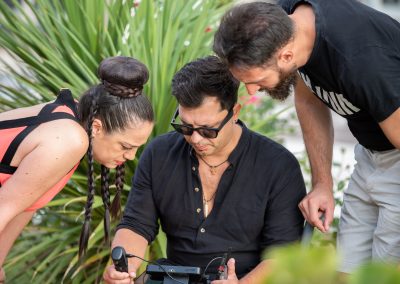 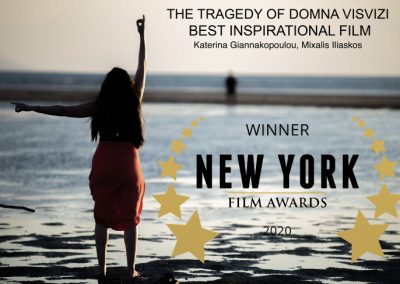 AS THE WAVE BROKE…. – a film by Alexandra Bekiou

(Katerina Giannakopoulou in the role of Julia) 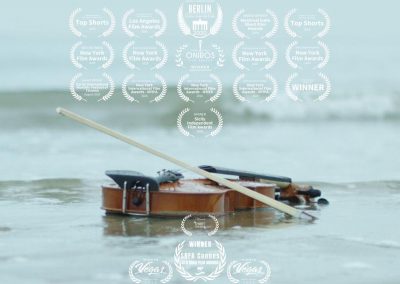 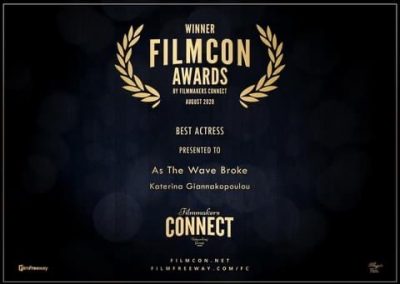 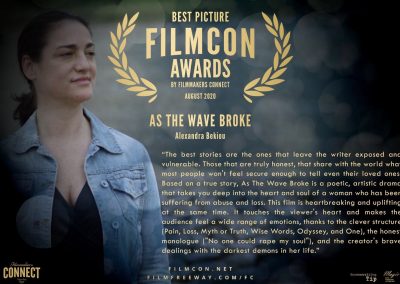 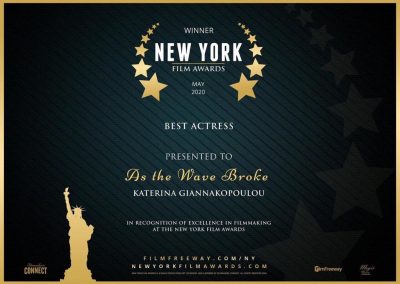 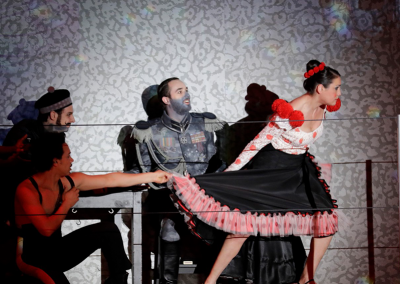 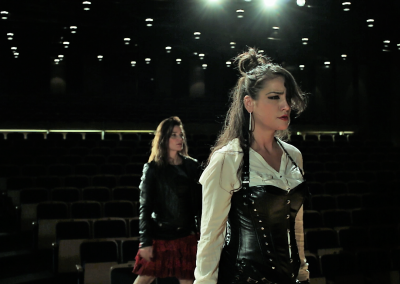 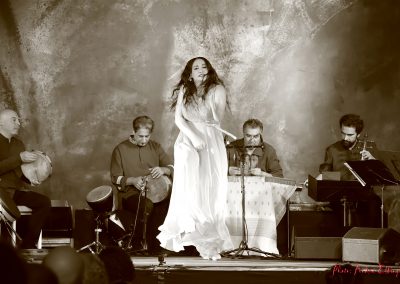 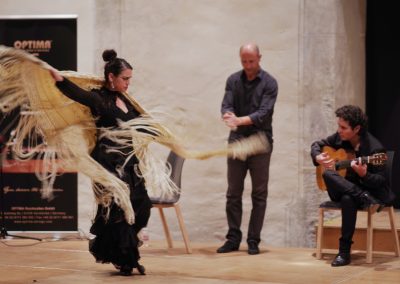 Katerina is a multidisciplinary artist, choreographer, writer and director of Greek origin living in Cologne, Germany. With the slogan “ARTS FOR SOCIAL CHANGE!” she connects with international artists, filmmakers, associations and organizations with the aim of creating innovative performances and films that deal critically with socially relevant topics, raise awareness, and inform society about them over the long term.

Her latest project is “ONLY HUMAN” (2021), a documentary series showcasing the process by which the group “music4everybody! e.V.” challenges stereotypes, and facilitates a learning and healing process grounded in dancing, singing and creating music theater projects. When Germany opened its borders to refugees seven years ago, the non-profit association “music4everybody! e.V.” started an integrative art project with the aim of making it easier for young people with a refugee and migration background to arrive in Germany. Katerina has been part of the music4everybody! community since 2014 contributing to more than 100 music theatre or film projects as a choreographer, lecturer, or director. Hand in hand  with the film production company cineMars, they launched a focused campaign against racism in promotion of tolerance and diversity with “ONLY HUMAN.”

“PANDEMIA” (2020), was Katerina’s debut directorial, and multiple award-winning experimental music film, was her first solo project which she directed, acted, danced in, and produced. “PANDEMIA” is a dark and poignant cautionary tale on the topic of global warning from the perspective of Mother Nature as the protagonist.

“The Tragedy of Domna Visvizi” (2020), her interdisciplinary production staring Katerina in the main role as Domna Visvizi, was honoured under the auspices of the Greek National Tourism Organization. Her collaboration with Mixalis Iliaskos started in 2016 with their first music video “To Filaxto” and the project “Greek Natural Videos” created to showcase their beautiful home country of Greece and share its rich culture and history by combining poetry, music, dance and acting in a more modern and cinematically impressionistic documentary format.

The short film, Als die Welle brach… (As the Wave broke…) 2019, directed by Alexandra Bekiou with Katerina playing “Julia” in the leading role, tells the Epic Story of a woman searching for a better life after suffering profound mental and physical abuse. Als die Welle brach is the compact, and uniquely powerful existential odyssey of an autobiographical character in all her depth, resilience and complexity.

She was only 6 years old when she met her first teacher Pina Bausch who introduced and guided the young Katerina through the artistic world of dance theater, inviting her to be involved in all aspects of production from rehearsals to closing nights. Her artistic formation from an early age was in classical ballet, modern dance, jazz dance, Flamenco dance and voice training. Later Katerina would complete her education as a professional dancer and dance teacher at Theatre Bayer Erholungshaus at the age of 21.

Shortly after, she moved to Sevilla to study Flamenco earning the name “Katerina La Greca.” With her strong foundation in dance, and music, she quickly made a mark by sharing the stage at international flamenco festivals with Icons like Rocio Molina, Belen Maya, Leonor Leal and more. Her formation was with masters like Rafaela Carrasco, Manuel Betanzos, Israel Galván, Matilde Coral.

Insatiably inspired by all the performing arts, by age 25 Katerina would move on again to to focus now more on acting, working in the theatre “Viento Sur” in Sevilla Spain where she got the opportunity to play several main roles such as Phädra (Racine), Celestina (Max Frisch) and Mirandolina (Goldoni).

At age  29 she decided to move back to Germany where she took 2.5 years of acting training at Schauspiel Zentrum Cologne in the areas of film and theater and soon began the path we find her on now as a multidisciplinary artist, director & filmmaker.